Trusting the Tension of Creative Change 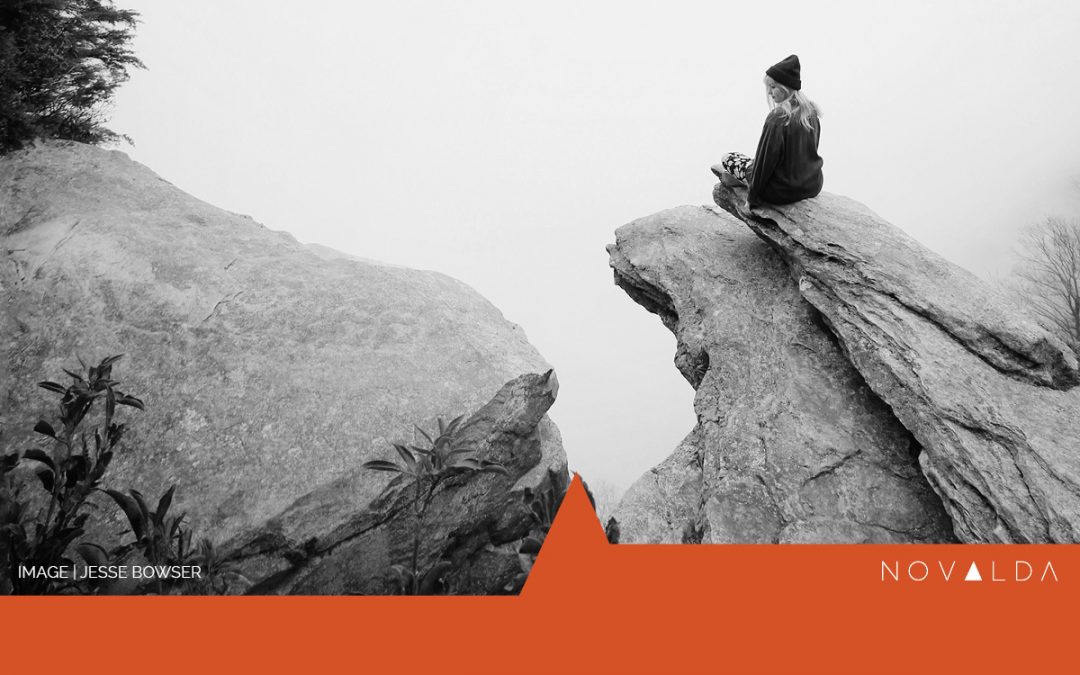 “The thing about human beings is that we are more than one thing. We are multiple selves …. You can’t be one thing without being, in some ways, the other thing. It’s about how to reconcile, how to be tolerant of all the possibilities.”
• Ali Smith

In her prize-winning novel, How to be Both, Ali Smith evokes mysteries of time and identity – being both alive and not alive, both male and female, living in one place but also another. Experiencing past, present and future all at once.

The idea of being ‘both’ is inherent in leading change. At times, no single right answer exists. Situations and ideas can be messy, fuzzy or complex.

The structure and story of Smith’s novel itself was inspired by the layered frescos of the Palazzo Schifanoia in Ferrrara, Italy. The name Schifanoia is thought to originate from schivar la noia meaning literally to escape from boredom. It is a palace of not being bored – of surprise.

Surprise arises from four factors – ambiguity, novelty, uncertainty, and vulnerability, according to Surprise: Embrace the Unpredictable and Engineer the Unexpected by skill trainers Luna and Renninger.

In becoming comfortable with change, we can explore these same factors to develop a tolerance – an acceptance of ambiguity, of novelty, of uncertainty, and of vulnerability. Developing each form of change tolerance is essential to creating an organization with a climate, mindset and culture of change.

Ambiguity – shifting from one possibility to many

Our complex world needs leaders who embrace and imbue tolerance for ambiguity in themselves and the culture of their organizations. Such leaders hear and encourage all the voices – both hopes and fears – around a change initiative.

Being accepting of ambiguity equips change leaders to work with multiple, often contradictory viewpoints in themselves and others.

They model this tolerance, imbibing it into an organization to create a change-tolerant culture.

Novelty – shifting from the usual to the unusual

Does a new experience make your head, heart, and gut perk up and pay attention? As new technologies and ways of working increase exponentially, change leaders must both embrace and imbue a tolerance for novelty.  These leaders are able to both jump into and seek out new experiences.

Accepting novelty means change leaders come to new experiences with a learner’s mindset and a willingness to experiment and fail in order to grow.

Uncertainty – shifting from the known to the unknown

Uncertainty is present in situations that involve one right answer that is unknown. In less complex times, it was much easier to be certain. Certainty was praised in our leaders, and a general intolerance for uncertainty was demonstrated.

For today’s leaders, certainty is much less valuable. Certainty can even be dangerous when an answer is forced rather than being allowed to emerge. We may lose ground when we stick with what is certain rather than exploring the unknown.

Change leaders tolerant of uncertainty are able to stay in the fog longer, opening up to the wisdom of others and the potential for even greater opportunities.

Vulnerability – shifting from control to connection

When we give up control of how others see us and share what is really going on, vulnerability is present. As change speeds up, leaders are tasked with becoming more adept at guiding people through change transitions.

Those who accept vulnerability in themselves and others tend to develop deeper emotional connections, earning the trust of those they lead.

They become able to lead others more quickly and easily over the edge of change.

Ambiguity, novelty, uncertainty and vulnerability – these are the edges change leaders must become aware of and work to cross in an increasingly complex and rapidly changing world.

Kerry Woodcock, Ph.D., leads change for a world of change, She coaches pioneers and influencers to amplify the power of relationship and lead over the edge of change. As Principal of Novalda, she develops change leadership capability in organizations and social systems.

Question | What is your strategy for building an acceptance of change in yourself and your organization?