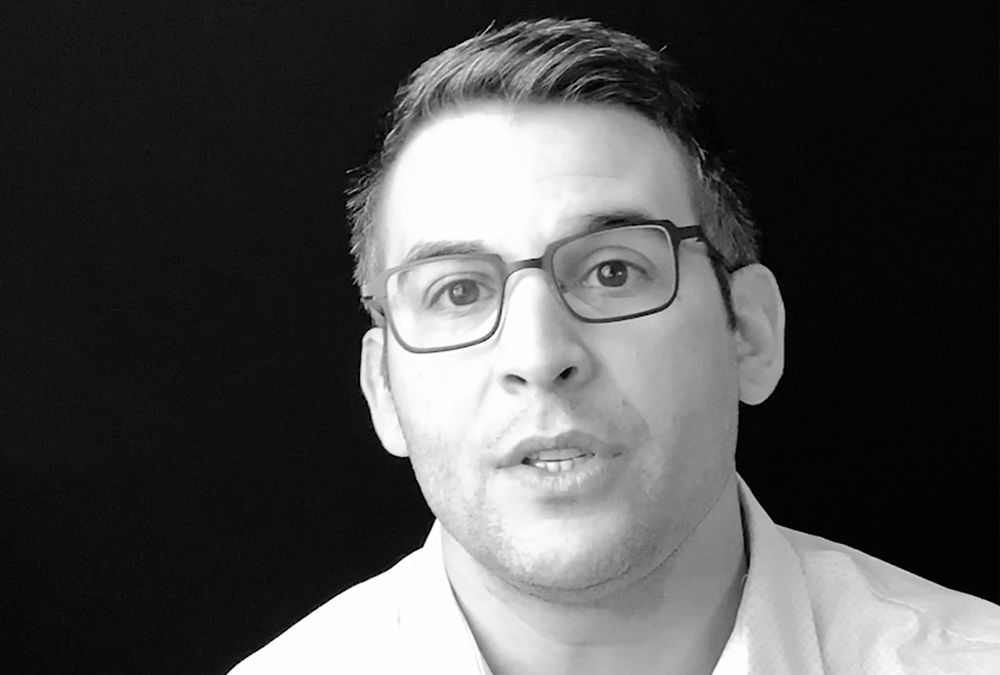 “I like to think of ORSC as a different lens to look at the world, one that gives you a richer and wider perspective to understand what’s going on between yourself and others.”

Having started out in software development, Erkan Kadir has leveraged his Agile training to progress from programming through to management and coaching. He is a cofounder of the Superheroes Academy, an organization which strives to provide every individual and organization with the opportunity to begin their own journey and write their own origin story.

Erkan holds a Bachelor of Science in Computer Science from the University of Calgary. Along with his certification in Organization and Relationship Systems Coaching (ORSC™), he is a Scrum Alliance Certified Enterprise Coach (CEC) and Certified Team Coach (CTC), a Scrum Foundations Educator, an ICF Professional Certified Coach (ICF-PCC), and an ICAgile Certified Coach (IC-ACC).

If Erkan were to name a superpower, it would be:

Hyper-reflection – the ability to observe complex situations and pinpoint the one area that will have the biggest impact.

On the synchronicities between Agile and ORSC

Agile is easy to understand, but difficult to master. While Agile increases the interactions between individuals exponentially, it provides absolutely no guidance whatsoever on how to build and maintain strong relationships. Think about going from individual offices to open work environments where everybody’s constantly working together. From having individual accountability where you know exactly what you’re responsible for to now having entire teams responsible for everything, together. All of a sudden, relationships are the critical factor in your company’s success. For this reason, relationship systems coaching is always going to pair well with Agile coaching.

The 12th principle of the Agile Manifesto states that at regular intervals, teams will reflect on how they work together, and then tune and adjust their behaviour accordingly. To translate that, I think of it as saying there is a ceremony in Agile for systems coaching – it’s built right in.

On the challenges of Agile transformation

The first challenge is a clash of value systems. Agile values empiricism, trial and error, and learning through failure. The traditional approach is the exact opposite of that, where we value doing things right the first time, being able to do what you say you’re going to do, delivering on time, on plan and under budget – that type of thing. We’re evolving a value system from one into the other, and in this case they are complete opposites. It is one of the hardest things that an Agile organization can do.

The third one is just a general fear of change. It’s not an easy thing to wake up every morning and not know how your role is going to change – to respond based on the market, on competitors and elements like that. People tend to blame Agile. I think people sometimes don’t understand. It’s not that we’re choosing Agile because we love change and want to fix something that isn’t broken. It’s the world around us that’s changing. If we don’t find a way to embrace that change and change with it, then we won’t be relevant anymore.

One principle of Relationship Systems Intelligence (RSI™) says that the system is the client. Before I went through ORSC training, I tended to treat the sponsor as the client. When somebody brings you into an organization to help them increase their agility, that person becomes your boss in a way. You end up working to solve their problems. Working in that way actually destroys trust between you and the system that you’re there to help move forward. So adding that RSI principle into how I show up at work has really allowed me to stay clean and increase my impact.

On training and certifying in ORSC

As an Agile transformation consultant, it’s important for me to model the new style of leadership that I’m helping organizations to adopt – specifically leveraging coaching to help influence and grow other people without the direct use of power.

I learned the hard way by walking into organizations and telling them what to do – that doesn’t actually lead to lasting change. There’s tons of research that shows that even when we’re faced with a life-threatening illness we’re very unlikely to change. Even when a doctor tells us what to do. What does work, on the other hand, is walking people through their thinking and helping them come up with their own decisions. ORSC is wonderful because it teaches us how to do that within the context of an organization.

On the ORSC competencies, skills and tools he finds most useful

Systems entry was always something that I stumbled through before ORSC. I like to say that just like a war is won or lost before a shot is even fired, a coaching engagement is either set up for success or failure before you even go in, depending on how you enter the system. ORSC provides so much guidance on how to do that really skillfully.

Roles work is another skill. Something that’s unique about Agile teams is that on the delivery team, there’s actually no rules at all. They recognize no titles. So you can imagine when you’re moving from a world where there’s a lot of certainty about who is responsible for what into this new world, there are going to be all sorts of fun issues to work through. ORSC has a really robust set of tools to help teams navigate these issues.

Finally, Lands work. Agile teams are interacting on a minute-by-minute basis. They need a high degree of trust in order to be successful. Lands work helps teams and the individuals on those teams take on the position of other people, so they really understand where they’re coming from. It turns out that when we understand somebody else’s perspective, it’s actually impossible for us not to build connection and trust. I like to think of Lands work as trust juice for Agile teams.

On taking a coaching approach to leadership

There’s an interesting phenomenon that happens in an organization after it goes through an Agile transformation. Literally everyone in the organization is asked to become a systems coach. It goes back to the concept of the self-organizing team. Imagine architects, user experience designers, quality assurance personnel, project managers, the leaders in the organization. They’re all used to owning a certain area of the project or the business, and  telling the people who are doing the work what to do. Now, that shifts to where they are asked to influence these self-organizing teams without the direct use of power. Doing so through coaching, and ORSC specifically, is a really good choice. Many people learn how to coach in a one-on-one context, and then have to figure out how to scale that up to systems. I can tell you that’s a very difficult wheel to reinvent for yourself. What ends up happening is that most people can coach really well with individuals, but then they’ll revert to a consulting stance in group settings. ORSC fills in this gap, and it gives them exactly what they need to hit the ground running.

Any organization going through an Agile transformation would benefit from having both types of coaches on hand. You could do that by hiring one coach that had both skill sets, but in reality, an organization of any size is going to need multiple coaches in order to do a transformation really well. Why put all your eggs in one basket? You can hire an Agile coach who is an expert in agility and transformation, and bring in an ORSC coach that’s an expert in human systems and relationships. Keep in mind that since Agile coaches have experience going through transformations, they’re often going to be asked to do a lot more than just professional coaching. Clients are going to lean on them for their opinions, so they’ll find themselves consulting as well. That can be a liability for a coach. So it’s really nice to have an ORSC coach there as well, that can come in with the neutrality that the coaching team needs to be successful together. Having Agile coaches and ORSC coaches together on a team works really well. The Agile coaches focus on the processes and the structures in the organization, while the ORSC coaches focus on the culture and the relationships.

Once you look at the world through the ORSC lens, it’s hard to turn it off. So in a way, I’m always using ORSC in my professional and personal life.

An example of how I use ORSC in my personal life was when I got married. I have to say that it was only through becoming a relationship coach with ORSC that I was able to get the confidence and courage to make this big commitment to another person. I knew I had the skills to to be able to do it successfully.

Want to learn more about what RSI and ORSC can do for you?