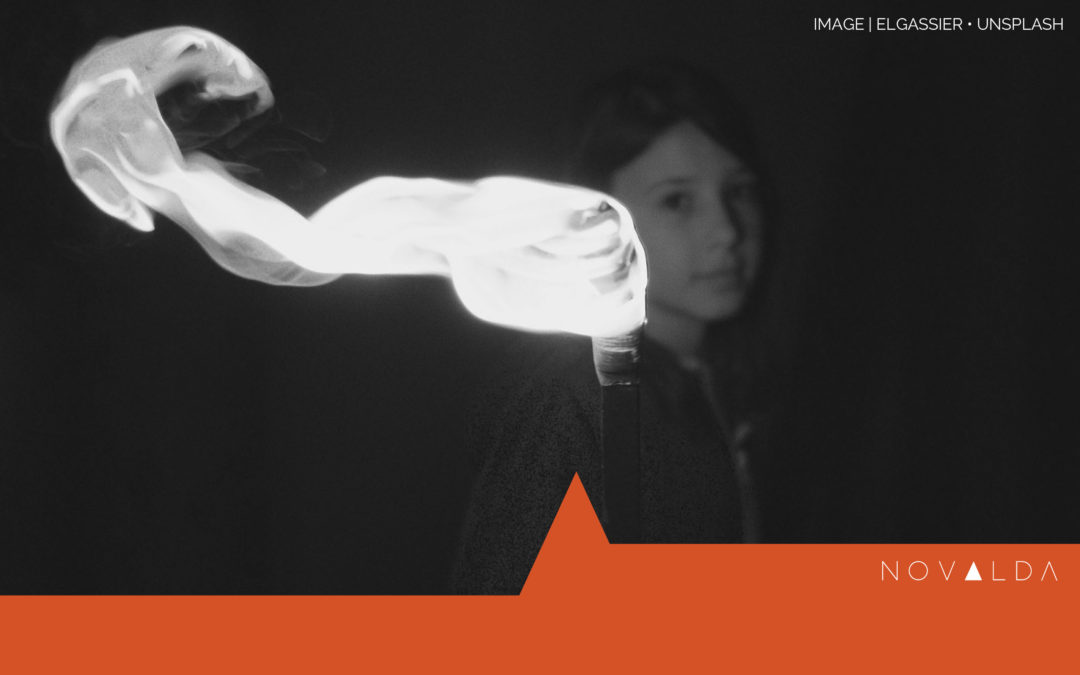 We’re here for a reason. I believe a bit of the reason is to throw little torches out to lead people through the dark.

When you think about inspirational leaders, who sparks a flame in you? Is there someone in your life you can point to as your role model in leadership?

Effective leadership is modelled in every area of our lives. My father always inspired me, and at no time was his leadership more evident than when he called me from across the pond in 2005.

“Hiya, my luverly! We have some news,” said Dad’s sing-song voice.

I sat down, legs heavy and gripped the phone to my ear.

“Okay…?” I heard myself say, my voice flat and mechanical. “Would they tell you how long you might hope to have?”

“The prognosis is six weeks to fourteen months.”

Show me the man you honour, and I will know what kind of man you are.

Five days later, in arrivals, my girls raced towards their Granfer, brown as a berry, in his usual v-neck sweater, running shorts and trainers. I waited, as he swung each of them in turn. Hugging him, I felt his deep voice reverberate through me.

“Weyhey! He’s a bonnie lad,” he said, taking a peek at his six-week old grandson, squished between us.

All three children were lulled to sleep by the motion of the car. I relished the ninety minutes it took us to drive home, cocooned in the car with my Dad, rain bouncing off the road and window wipers working overtime.

“If it’s true that when we die, someone will come to take us to the next place,” I said, “who would you like it to be?”

“My Dad. Well, he better bloody had! He left me here on my own for long enough,” he said.

I took note of his profile, the facial expressions I knew so well, tucking each image away to memory.

“And, I suppose, it would be nice if my Mam came too!”

Our chief want is someone who will inspire us to be what we know we could be.

The five of us, Mam, Dad, my brother and sister and I, snuggled together on the sofa in the living room. The watery autumn sun cast light on the three children at our feet. The baby, on his back, following the dancing light reflected from his granddad’s watch. The two girls playing on the carpet amidst the mess of fishy crackers, jigsaw pieces, and baby doll and her paraphernalia.

“It’s lovely to have you all together,” Dad said, “and I want to take this opportunity to share more of what your mother and I got from the doctors, and hear your thoughts.”

This was Dad at his best, holding court, drawing everyone into the circle. Making us feel part of this experience, not just helpless bystanders.

“There’s one certainty in life. If we are born, then we will die. Now, none of us are certain when that might be, and I still don’t know when exactly, but we’ve been given a clue that it’s going to be a little sooner than perhaps we at first thought. The choice is how to live in the time we’ve got. Bit silly really, as that’s always been the choice!”

My three year old held up her doll by one leg,

“Now as I see it, there’s a few choices we can make,” Dad said, pushing his bottom lip out and over his top lip while looking to each of us in turn. “One – stick our heads in the sand and pretend nothing’s happening. That’s not going to work for me. I am going to die, just a little sooner than I’d hoped.”

I watched for any anger or bitterness, and with the tiniest flash of disbelief, saw only composure and equanimity.

“Two – we could kick into fight mode and go to war on this thing. There is a possibility of a trial treatment. But, as the doctor says, it would take me two months of being sick from the treatment to give me the potential of one extra month. And, we don’t even know whether we have two months anyway.”

“Now, I don’t want any of you to think of this like I’m giving up. Because as you well know, I’m a winner,” he said, his voice growing thicker. “Just like each of you are winners. I just think there’s a different way to win. And I’m willing to hear your thoughts around this.”

I shifted in my seat and noted my brother scratching his neck, and my sister picking a stray thread from her sweater.

“It makes sense, Dad. Although I wish we had a magic wand to make you better, we wouldn’t want to do that regardless of the consequences.”

His lip came out again and he nodded.

“Three – your mother and I could fly away on an around-the-world trip. You know how I love to travel, and there’s still so much of the world that I haven’t seen. In the past, I thought that if I was ever to be in this situation, that is what I would do.”

“Now, being here, it’s not. Why would I want to spend my time far away from all of you and all our friends and family? And, I wouldn’t want to die far away and leave your mother to deal with all the practicalities of that.”

My baby son started to grumble and I picked him up, making big eyes at him.

“Four – we can come together as a family and find a way to be together through this. Unfortunately, you hear stories of families fighting and falling apart when someone is terminally ill and dies. That’s not what I want for us. That’s why it’s important that your mother and I hear what you’re thinking, and that we continue to communicate with each other throughout this. So we can grieve together and make the necessary preparations, whilst continuing to do what we do best, loving each other. You know, I’m a winner, because I’ve got a team, a family, behind me,” Dad said.

The tears started to flow.

“Now I’ve said a lot,” Dad continued, “and your mother and I want to hear from you.”

Leadership is not about titles, positions, or flow charts. It is about one life influencing another.

That day, Dad was on purpose. He inspired us to move through this transition with awareness and intention. As a family, we were at a time of great uncertainty. Dad showed us, weaving his words in his own unique way, that even in adversity there was an opportunity, a deep purpose, a cause to get behind as a family.

Our family’s cause was to come together in living with the upcoming loss of our father.

Dad wasn’t prepared for our family to be complacent. He didn’t create a false sense of urgency by living his final days at war with cancer or flying around the world to see every nook and cranny.

Instead, he created a true sense of urgency for me and my family. I was impelled to be his ally in leading the way for our family to come together and be winners in living with dying.

This we did, through sharing our gratitude letters, co-creating a participatory video celebrating Dad’s fifty-nine years on Earth and co-designing his funeral with him. We also co-created an inspired, aligned, and grounded vision for Dad to die at home, which he did. (His Mam and Dad did come to escort him to the next place – but that’s another story.)

A teacher affects eternity; he can never tell where his influence stops.

There were bumps in the road for sure, and moments where both family and friends were in denial. One family friend, whilst visiting Dad at the hospice, wouldn’t hear of Dad talk about dying.

“John, stop talking about dying. You’re going to beat this. You’re not going to die!” he said.

On another occasion Dad phoned to say, “It was almost divorce this morning!”

He’d attempted to bring up the planning of his funeral with our mother. It was too much for her.

“It’s okay. Let’s wait ‘til you come over next week and see where she is then.”

I offered to do some visioning with him over the phone in the meantime. Although it was extremely difficult for our mother to be part of planning Dad’s funeral, she showed courage and chose to come with us on that journey too.

On one of Dad’s more challenging days, he called me.

“Kerry,” he said, “there’s only three people that I can completely share my feelings with.” He sounded tired. “The rest aren’t ready to hear I’m dying.”

There was no anger in his voice.

Dad was the spark that ignited the flame of leadership in us, throughout our lives and especially in the way that he chose to die. Our family have honoured him by taking the flame that he ignited in us, and running with it.

Today, my professional career is all about passing the spark of leadership on to others.

Question | Who sparked the flame of leadership in your life?