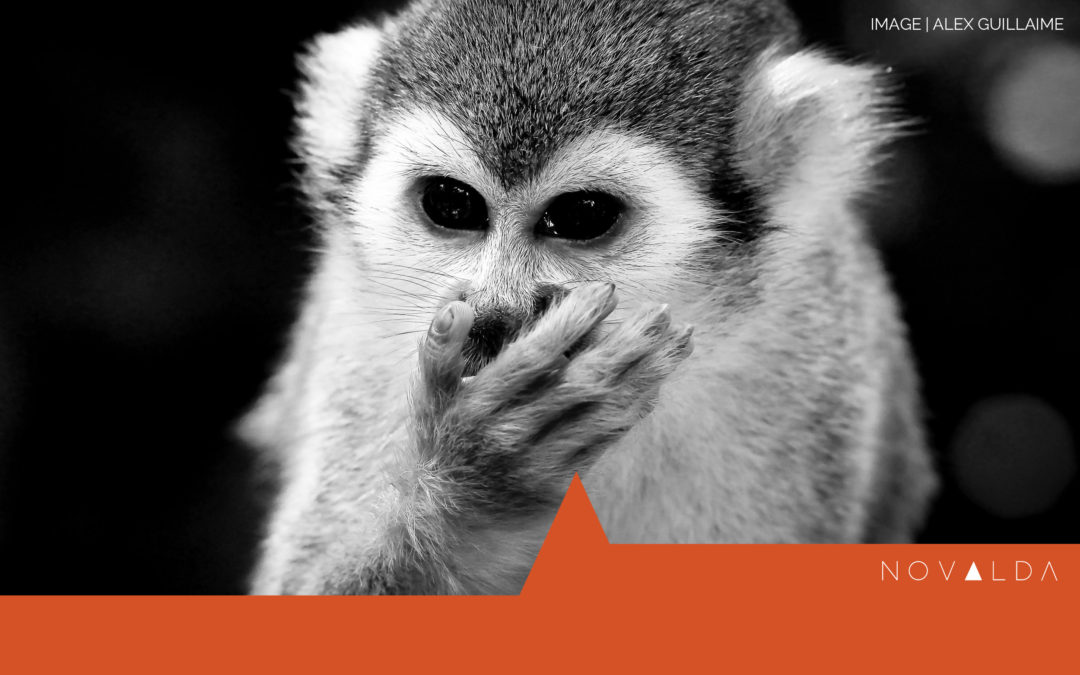 We are all failures – at least, the best of us are.

Years ago in a training course, I was asked to stick a label to myself marked ‘failure.’

I looked at our leaders in disbelief. Surely this was a joke. No one in their right mind was going to wear that label!

The other twenty-three people in the room merrily wrote ‘failure’ on their labels, peeled off the back and stuck them on their chests.

I wrote the dreaded word, unpeeled the back, but it was if my body physically repelled the label. This was ridiculous. I was no failure. I was a winner! I protested profusely. Sat, hot-faced, and finally stuck it on in a rage.

Of course, I understood that collecting ticks each time I practiced and failed would be an indication of how much I’d practiced and moved towards competence. But, I argued, so would wearing ‘winner’ and collecting wins.

I was missing the point. Even worse, I was failing to get the point. It wasn’t to label us as failures. Rather, it was to notice our failures and learn from them.

Collecting failures is part of the journey toward competence and success. Reframing success through failure is a way to encourage us through those failures, teaching us that it is a normal part of the learning process.

We all want to show up and be seen in our lives. This means we will all struggle and fail; we will know what it means to be both brave and broken-hearted.

Reflecting on that experience, what I really learned was that I had a problem with failure. I was well aware of where things in my life hadn’t always gone as expected. I’d had my disappointments.

Yet those disappointments had always led me down different paths to new experiences that were beyond my expectations. I’d never classed any part of these experiences as failures.

Over the years I’ve been acutely aware of my dysfunctional relationship with failure. I’ve come to realize that in skipping over the failures, or worse still, blaming others for my failures – “They just don’t get it. They don’t get me. They’re missing the point.”

I’ve missed an opportunity to analyze and learn from my failures. Still, it’s never too late to learn!  I’ve challenged myself to create my failure resumé. In doing so, I’ve fully owned my failures – with a good dose of humour – and brought that learning into the present.

I admit, it’s much easier to do with the distance of years between this moment and a past failure. Recent failures are a little more challenging to fully own, but I’m getting there.

It’s been helpful to explore whether my failures were preventable or intelligent. In the majority of cases I’m happy to conclude that they were intelligent failures. Failures that came about through exploring the frontier of my awareness and ability. Failures that came from experimenting with the new, the novel, the unknown.

All of my successes have been built on my failures.

“It might help to use a recipe,” my husband often quips.

“Heck no! I’m being creative. I’m experimenting,” I say.

Intelligent failure? Maybe! But, I never ever follow a recipe. Okay. Preventable failure it is then!

What is the greatest failure ever? Failing to fail. If we’re not at least at risk of failing, we’re not growing.

Failure is simply the opportunity to begin again, this time more intelligently.

Now I’m learning to better own my failures, I’m clear that I’m certainly not in danger of that! I’ve had many failures. I’m known as someone who will push myself to take on new challenges, both big and small, and who often brings a novel perspective and approach to doing things. I’m becoming more comfortable with the inevitability of failure as part of my growing process.

The blame game? Time for me to stop playing it. And, to prepare myself for intelligent failures along the way, so I can fail well to learn fast.

Perhaps I could even own the label ‘Intelligent Failure.’ Though that might just be pushing it too far! Failing intelligently – now, I can live with that.

Question | What is the greatest thing you have learned from failure?