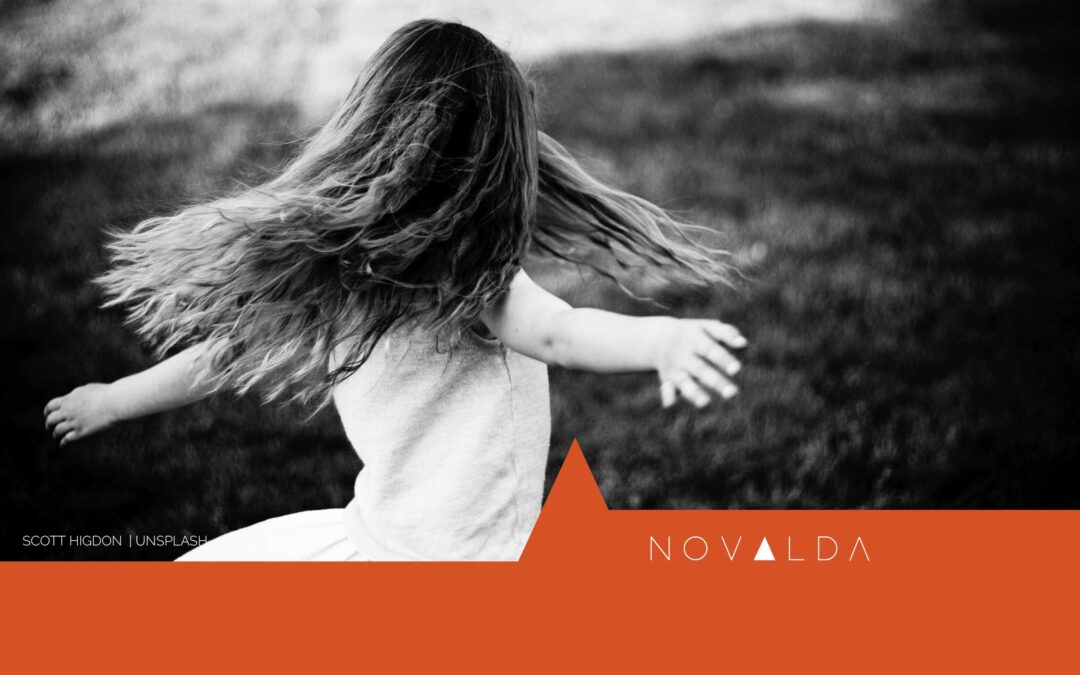 As a child, what fascinated you? Take a moment to reflect, and select one (of no doubt many) fascinations. Where has that same fascination shown up again and again in different forms throughout your life? Explore this, and you’ll uncover a golden thread – perhaps one of many – running through your experiences.

For me, the idea of occupying two different realities at the same time has been a constant theme. From the imaginative “magical carpet rides” of my childhood, to living between worlds in a remote village in the East Usambara mountains of Tanzania, to entering the TARDIS-like (Time And Relative Dimensions In Space — any Doctor Who fans?) reflective space of professional coach supervision and Inner viewing.

This idea of being in two places at the same time first appeared in my childhood. I’d heard stories of how growing up, my father didn’t have an inside toilet, a fridge or TV. On the other hand, my mother grew up with all of those things. In my confusion, I asked how it was possible for my parents to meet and marry when my mother was from “nowadays” and my father was from the “olden days.” I remember the strange look my mother gave me. I believe I concluded that my dad must have been a time traveller – he always brought the magic.

Around age seven, I asked for a carpet for Christmas. I failed to share with my bemused mother that it was a magic flying carpet I wanted. On Christmas morning, I unfurled the the rolled-up rug to find it was synthetic goat skin, rather than the Persian rug I had envisaged. I took it upstairs to see if it would fly. Only mildly disappointed that it didn’t lift off, I snuggled down on it anyway. Armed with my coloured pencils and note book. I found I could still disappear off to all the worlds to which I wished to travel. In some amazing way, the rug enabled me to be in two places at once.

In becoming an avid reader at age eight, I again experienced this same feeling of incredulousness. I felt torn leaving the world within my book to do something in my day-to-day reality. What if the characters in the book continued their lives without me? Even more worrying, what if they didn’t?!? I laughed at myself for thinking this, and yet still felt oddly uneasy.

In my early twenties, the same feeling resurfaced when I moved to live in a remote Tanzanian village. Culture shock exacerbated the topsy-turvy feeling of knowing those I loved were simultaneously living their lives without me, in a completely different world. Yet these these two very different places and world views were in fact co-existing. Looking around at my surroundings, I took solace in the perspectives of my friends in the village. Their worldview included science, medicine, and world religions, along with customary ways of being including rain-making, medicinal herbalism and witchcraft. For the most part, they were able to co-exist harmoniously with these multiplicitous beliefs.

Perhaps it is thanks to these experiences that I became more comfortable with the paradoxes that showed up within me and my leadership.

It’s possible to be both separate and connected, both competitive and collaborative, both flexible and structured, both free and secure.

Considering the paradox of holding two contrasting truths at the same time. I’d wonder – is it not just either-or in quick succession? For instance, one minute I’d be competitive and the next, collaborative. Can you really be both at the same time? “Yes!” I’d say – and then doubt myself as I noticed others’ responses. “You can’t be both. You have to be either this or that in one moment to the next. You have to choose.” What????

Around this time, I started to regularly experience an amplified form of sleep paralysis. Researchers believe that around 30 percent of people experience one of the three forms of sleep paralysis in their lifetimes. My experience was akin to what they call near-death. On waking up in the morning, I’d discover that I could not move or speak. Although my mind was awake, my body had not woken up yet and remained paralyzed.

I’d experienced this all my life. At that point, I thought everyone experienced it, until my husband told me otherwise. What had changed was that now I felt myself floating about three feet out of my body, amongst some other strange body sensations. I was sleeping while awake, still while moving.

“What may appear as the truth to one person will often appear as untruth to another person. But that need not worry the seeker. Where there is honest effort, it will be realized that what appear to be different truths are like the countless and apparently different leaves of the same tree.”
• Mahatma Ghandi

As I explored the experience of sleep paralysis further, I thought back to other experiences of both.

Do you remember spinning as a child? Begging to be picked up and spun around, or poised in the tightly twisted rope swing ready to be unleashed. Head back with tangled hair brushing the grass beneath. Eyes wide open, glimpsing flashes of blue between the tree branches and their fluttering leaves. In those long summer afternoons, the feeling of turning around and around on one spot, faster and faster, arms out ramrod straight.

Flying free – until you fall to the ground. Stillness. Do you remember the stillness?

No? Not quite? Remember the moment that the physical spinning stopped?

Smiling eyes and a deep voice, warm steadying hands on each shoulder guiding you to sit down on the grass, to rest a moment. Or hanging upside-down from the swing rope, listening to the wind rustling the leaves, staring at an ant. Lying prone on the grass, feeling the solidity of the earth beneath you and the gentle tickle of the grass on your arms and legs.

You felt held – and yet the spinning continued, this time without you physically moving.

I used to be both in awe and in dread of this feeling. This spinning while still. Being still and spinning at the same time. Stillness in motion.

It turns out that spinning is not just play. It’s play with purpose. It helps children to gain a sense of where their bodies are in space.

In spinning, we learn where our centre is located. By being in motion, we develop the ability to feel balanced and grounded.

As I grew, I discovered less nauseating ways to experience that sense of being free and held – anchored while still feeling the same awe at being still in motion. Snuggled down in the back seat during long car journeys through the night, head uncomfortably resting on the car door. Gazing up at trees as they flashed by in the moonlight, as we made our way to my grandmother’s house.

Or looking out of the train window, my still reflection a contrast to the flashing images of the lit-up lives of others in the buildings we passed. This is where I felt peace, in the awe of sitting still while moving forward at the same time.

Free and held. Stillness in motion. This is where polarity thinking comes in. Your right is my left, and multiple truths can co-exist.

“Just as the coin cannot exist without its two sides, I would suggest that our world cannot exist without these so-called opposites because they give us a spectrum to exist in, a matrix, or framework, that stretches between the two extremes (or polarities) to include every variation of light and shade that we sense or experience in-between.”
• Julia Woodman

I find stillness in the spinning. Within the movement, I need to ensure there is space for the stillness. Finding that space through and within the movement amuses me. In much the same way, I first found collaboration through competition, and flexibility through structure.

Structure gives me clarity on when and where it is valuable to be flexible. My separateness allows me to connect more deeply with others. In becoming integrated, I can see and utilize the power and creativity of autonomy. Themes of freedom and being held, autonomy and security, authenticity and boundaries fuse together into an overarching theme of being both …at the same time.

We stand still on a planet which is turning in space, surrounded by a moving, infinitely complex universe. Within our own bodies, a steady rhythm pulses and flows even when we are at rest. As team members within an organization, our contributions flow sometimes in parallel and sometimes ahead or behind those of others.

Contemplating these multiple truths offers an opportunity to look more carefully at the spaces we do inhabit, and to examine the contradictions within ourselves.

Multiple realities co-exist, and we are capable of holding them all.

Examining the golden threads of fascination woven into the pattern of your life can offer insights into who you really are and how you got here, as you recognize your own developmental path and integrate more of yourself into your experience of the present moment.

If this idea is tantalizing, stay tuned! An opportunity for us to explore alone and together through inner viewing, storytelling and leadership maturity coaching is on the way.

Question | What fascinations do you long to explore?

As a CRR Global partner, Kerry offers the groundbreaking Organization and Relationship Systems Coaching (ORSC™). Are you an ORSCer who wants to dive deeper into the ORSC philosophy? Join our free ORSC Canadian Community of Practice meetings.